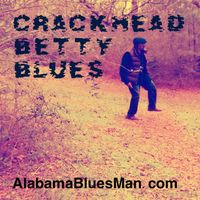 From the recording CrackHead Betty

Calhoun Community College students helped in this project. Thanks Calhoun

Crackhead Betty , She met crackhead Steve
She put that stang on him , and Steve didn't want to leave
She jumped down on it, She Backed up on him
Then she grabbed a hold to his crackhead soul
They fell in love underneath the smoke above
Then they floated down to the South west side of town
They bought half a track, She laid down on her back
And they got high, So So high , They got high , So high
But , But , they didn't mean to die .

They got High High So , So high Then they kissed the sky !

They got high , So high , now they gone into the Bye and Bye

By Ric Patton
This song was recorded at Calhoun Community College campus in Decatur Al by the Recording engineering class. Thanks to instructor Matt Westmier and to the entire class of 2016 for inviting me to work with them.