What on earth is a Discord Server ? 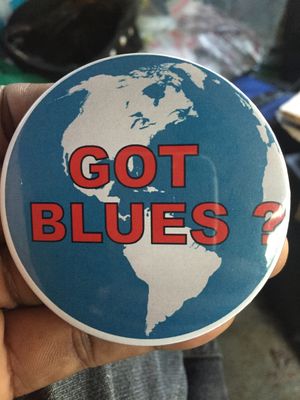 Two years ago, Delof  suggested that I open a Discord account and move the Blues VIPs group over to discord from Periscope. Of course it sounded like French to me, a language that I couldn't understand. It's been a couple of years back. It didn't make sense to me. I can't say that it does now, but back then when I looked at it it looked like a bunch of gibberish.

I didn't see any need for it. So of course I let the idea pass. Delloff was ahead of his time. Now that I'm working with the social tokens one of the token administrators paired me up with a girl to help set up a discord account. And they suggested that I use it as a communication medium for the team. I'm open minded to it and I'll go ahead and download the Discord app.

That young lady helped me set it up last week over the phone. I looked at it. She told me I was an administrator and was free to make changes that needed to be made so that it could turn it into something to work with. Looks like a bunch of bullshit to me. I haven't seen enough of it yet to draw a conclusion. So here we go. Getting in deeper.

I announced it tonight on TikTok that I was opening up a Discord server and invited my listeners who wanted to, stop by. We had 22 People come in on the first night. That is unbelievable. Some of them say they already had Discord and were already using it. It's just new to me.

Now, all my life I've been known to get deep or try different things. But it is interesting to get involved with this type of communication.

I'm gonna invite anyone who reads this post, you're more than welcome to join my Discord. And maybe you can teach me what to do with it. Thank you