" Lean on it Ricky " Henry Bradley taught me 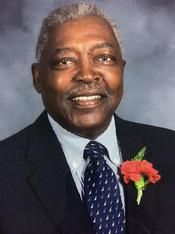 Integration was a big step for me. In fact, integration was a big step for everyone in the seventies. When I was a child, I remember my school being closed down. A little black school New Hope Elementary was closed down ,Trinity High School in Athens Al was closed and we were forced to integrate. It just so happened that year my mother was moving into Madison County, with her husband, and I was able to attend a Madison county School. Madison schools were thought to be better equipped schools than the schools in limestone County Al.

Some of my cousins on my dad's side were already attending that school. That was a status symbol to go to school in Madison County. So there we go bussing and integration. I'll never forget the first time I got off the school bus. How terrifying that was to go to school with these white kids. Well, they were cool. It wasn't my first time being around white kids, it was my first time being with them in the classroom. And everybody was uptight.

We did that for many days. We weren't able to finish a complete day of school. We had to turn around, get on the bus and go back home. Half a day. Some days we couldn't make it the whole day. They had to close the school down and send us home. But eventually things settled down.

We were able to make some kind of a year. Forced integration was real. At Madison school we met a black assistant principal whose name was Mr.Henry Bradley. And Elbert Deason was the principal but Mr. Henry Bradley was the assistant principal, one white man, one black man. So we were able to identify . Whoever made that decision made a good one to put one white man, one black man. We looked up to Mr. Bradley. He comforted us and gave us a sense of hope. He also gave us a sense of what could be possible with education. Mr. Brandley went on to become the principal of another school, the first black man principal in that county in Al.

We all looked up and admired Mr. Bradley. He eventually became the bass player in my early blues band. Can you imagine how good that felt for me ? For him to think enough of my music to play bass for me . I was so honored to have him with me. That feeling is still with me today. “Lean on it Ricky boy” He would always say, “ Lean on it” And that's what I'm still doing today. I'm leaning on it.