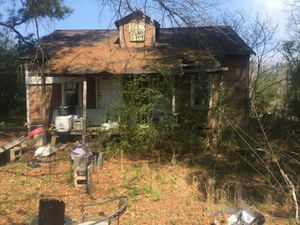 Good morning to all my blues people. I just got off the phone with my token administrator, they're giving me permission to move on with my first private social token launch.

She was an entrepreneur. She worked from home on the farm here in Alabama. She raised cotton and a home garden and she sold whiskey. She did whatever it took to make it. She was there for me when I was coming up as a little boy. A real hustler. She made homemade wine, homemade jelly and sold Bootleg whiskey that her husband had made.  I think the seed of my hustle came from her.

She used to sell dresses door to door, taking orders from people to buy dresses and shoes.  Walking through the community with no car. And then when she got home, she had her whiskey there for her customers who came by. She was able to buy her own property, her own home. She never held what we call a traditional job. She was the epitome of a Hustler.

What would she have done? Had she known about the internet? Or what would she do if she had known about the freedoms that we have now? During that time, there was blatant segregation and racism in the south. But she was still strong enough to be able to raise a family, have independence and do the things that she needed to do. She didn't have access to nearly the liberties that we have today. She passed away in 1978. Happy Birthday Big Mama . This token is for you .