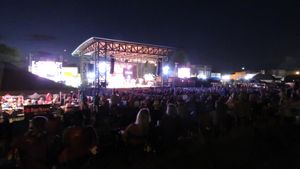 Good Morning Blues people.  Let's take a trip into the future. And imagine owning lots  of social tokens. Over the last one or two years, you've accumulated lots of these tokens and imagine checking their value on an exchange, seeing how much they are worth today. Imagine them having value, imagine you own 1000s of them, That would be amazing, wouldn't it?

Imagine there being a demand for the tokens. Other people want them but the supply is limited to 10 million and they all circulated, they've all been issued, they are just circulating.

So how can you get more?  You want more you say.  Well if you post on YouTube or make a review of an album you can get some or maybe I can wear one of my T shirts and make a video and get some . Imagine how much fun that could be, earning the tokens.

Blues music is a small segment of American music. They're people who love the blues but they're spread out all around the world and spread out over social media. But by having a social token, it can bring them together so that we have a power,  We have a buying power and more importantly we also have a sense of community that they can unify and do things together, trade with each other. Isn't that  an interesting idea. What do you think about it?